The Blog Has Moved

Hi, all. Thanks for checking out my blog. I've moved it to wordpress. You can check it out here.
Posted by Brittany No comments:

Just in time for Halloween I read Mary Shelley's landmark Frankenstein for an online book club.

I really enjoyed this book, but at shy of 200 pages, it still took me a long time to read. I believe my main problem was getting in the right frame of mind to absorb the language of the early 1800s.

I was very curious about the plot of this book. After all, I have seen Young Frankenstein! The story of how Victor Frankenstein created his monster and his eventual undoing was interesting.

This was a great Halloween read. It's not scary, but very intriguing. I highly recommend it to anyone looking for a good, thrilling classic.
Posted by Brittany No comments:

Tales from the Secret Annex is a collection of short stories and essays that Anne Frank wrote to pass her time while hiding from the Nazis. The essays are actually diary snippets her father had chosen not to publish with the rest of her diary entries.

The writing in the short stories is very much that of a thirteen-year-old girl, but below the simplistic sentence structure lies complex thoughts and an understanding of the world beyond her years. The stories are also quite imaginative.

The essays are where Anne really stands out. After all, her fame is based on the diary entries her father did publish. With topics like cheating in French class and arguments with and her thoughts on the Van Daams, her rebelliousness isn't quite up to today's standards, but I do find her honesty and writing style quite endearing.

I found The Sing of Inequity to be the most profound. In this page and a half essay, Anne challenges the prudishness of her compatriots in Amsterdam by writing:

"I don't think we're so very different from nature. And since we people are apart of nature, why should we be ashamed of the way nature has dressed us?"


Why not just be naked? What is wrong with the human form?

In Happiness Anne states that:

"I had learned that most sadness comes from joy."

I don't think most adults have learned this concept, so to see it in the private writings of a 13 year old is astounding to me. It's almost as if the wisdom of a full like was granted to her before her untimely death.

This was an interesting read from a historical standpoint. I would definitely recommend it to anyone interested in Anne Frank.
Posted by Brittany No comments:

On Saturday morning Claire and I found ourselves in St. Paul at the Twin Cities Book Festival. Being the first book festival I've ever attended, I wasn't sure what to expect. Suffice it to say, I was not disappointed.

﻿ From our first step into the packed historic Progress building to our last steps into the rain mid afternoon, we were entertained and informed. The building was full of book lovers of all ages. The amount of people was my first surprise, but it was definitely nice seeing so many book lovers in one place.

After a quick walk through the Exhibit Hall, Claire and I attended the Author Publicity: Basics and Beyond panel moderated by Steph Opitz, Membership Director for the Council of Literary Magazines and Presses (CLMP) and book reviewer for Marie Claire magazine, featuring author Lorna Landvik, publisher Jerrold R. Jenkins, The Loft Literary Center Executive Director Jocelyn Hale and Minnesota Public Radio's Stephanie Curtis. I wasn't sure how well a toddler would go over in the session, but the acoustics worked in our favor. The large, open building was sectioned off by velvet curtains, but sound from the rest of the building floated in and covered Claire's babbling. We were still able to hear the panelists perfectly, though.

The major discussion point in the panel was building a platform. In the age of social media, having a large following is the way to get a book published. Jenkins pointed out that a writer should build their platform three to four years before publishing a book to have a solid following of between 100 and 150 thousand people.  Agents and publishers have to take a risk on new authors even if their work is good. Having a large online following is appealing to them and mitigates the risk to a degree. This wasn't a new concept to me, but it was a good point to keep in mind.

The panelists did make good suggestions for blogging and writing. Posts and articles that reflect the topic and feel of the novel will break up the self-promotional posts and draw in more followers. The writer should also have some "credits," awards and published short stories and articles to list on queries.

During the Q&A, Jennifer Miller, author of The Year of the Gadfly, asked a good question (and was commended for excellent self promotion for mentioning her book, which I later bought) about whether an author with a big publishing house should handle pitches and self-promotion. The answer was that if the publicist or agent has a contact, he or she should pitch the author, but if not, the author should go ahead and do it him or herself. In response to this, Stephanie Curtis did recommend that when pitching a radio or tv program, the author should have a video or sound clip to prove that he or she can speak well. YouTube here I come!

After the session, Claire and I walked around the Exhibit Hall again as we made our way to the Children's Pavilion, where Claire had a good time dancing to the Splatter Sisters, coloring a mask with the Minnetonka Center for the Arts, creating a book with the Minnesota Center for Book Arts and painting her own face with the help of the Minnesota Children's Museum. The volunteers, writers and performers in the Children's Pavilion were excellent, warm and very helpful.


After all of that fun, we finally had a chance to really take in the Exhibit Hall. It was a great opportunity to learn about the many book organizations in the Twin Cities, publishers and literary magazines. I still have a stack of information to dig through. I hope to be able to participate in some of the groups to meet some more book lovers.

Now, back to Jennifer Miller. After asking a question during the Q&A session, I saw her book at the Magers and Quinn Booksellers table where she was scheduled to do a signing after 4:00, which was too late for me to stay with a toddler. The book looked intriguing and had a beautiful cover, so I bought it and decided to track her down to beg for a signature.

But that proved harder than I thought. Once, as I was chasing Claire passed the Literary Magazine sale table, I glanced up as I ran passed a woman and gave her the 'sorry my child's so wild smile' and she gave me an 'it's OK' smile back or I decided to interpret it that way. After passing her I realized who it was. But Claire was onto the music table, so I let her play with the instruments because she's going to be a musical prodigy and I like to encourage her.

My second attempt came after the Susan Isaacs book reading, but unfortunately Jennifer walked out behind me as I was bent over talking to Claire. Are you seeing a pattern here? Claire foiled my attempts, but I still have what looks to be a great book to read.

We had a great, long day at the Twin Cities Book Festival. I have plans to go next year, possibly sans toddler, to really take in all of the information.
Posted by Brittany No comments:

in which I share links to things that caught my attention

The Atlantic reveals The Painful Truth About Affirmative Action.

Surprisingly, David Fincher is using Kickstarter to raise money for a movie project. This must be the Hollywood version of a best-selling author self pubbing their next book.
Posted by Brittany No comments:

To fulfill the humor portion of my 2012 reading challenge, I picked up Tina Fey's Bossypants. A collection of stories about growing up and growing into her role as boss and the many awkward stages along the way.

I love Tina Fey, and I expected to laugh out loud, cry and possibly pee my pants while reading this. But I didn't. It was still a really good book, though. Tina has a knack for writing and making herself relatable.

Tina comes off as very human in this book. She bounces from awkward and nervous to empowered in a natural, realistic way. I really hope this is the first of many books from her.

I really enjoyed reading this book, and I highly recommend it to others to read.

Posted by Brittany No comments:

see part I of my reviews here
From laugh-out-loud comedies to edge-of-the-seat dramas, the second part of the fall premiers didn't disappoint.
Modern Family

As always, funny and refreshing. I don't love all of the story lines, but the characters are still sympathetic and lovable. 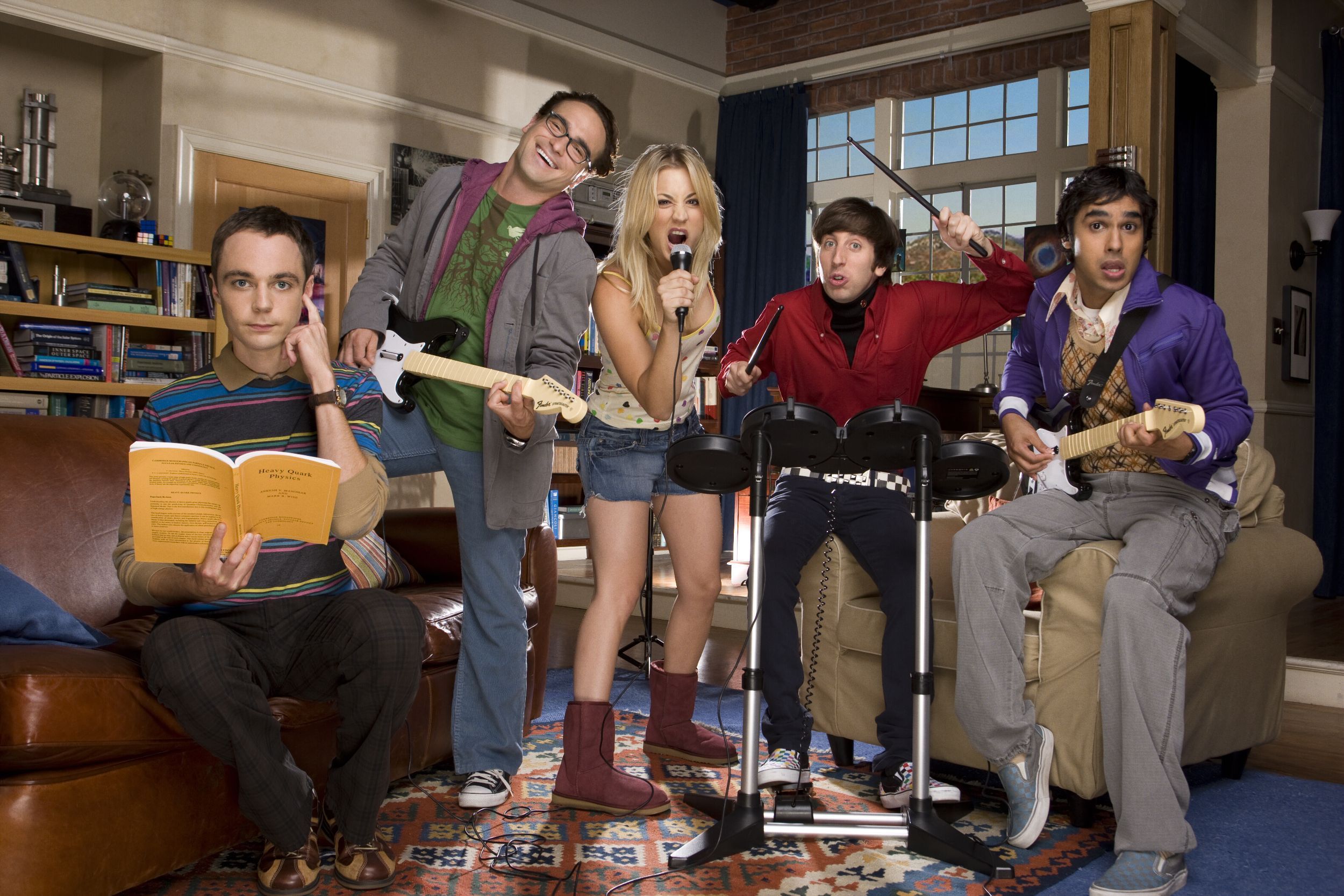 The premier was funny, but I'm a little bored with the Penny/Leonard back and forth relationship. I really want the writers to decide what storyline to use and go with it.

I'm not sure this show will ever disappoint. I love the strong female characters (Julianna Margulies as Alicia, Christine Beranski as Diane and Archie Panjabi as Kalinda) they are all flawed and unsure about their romantic lives, but the camera doesn't focus too heavily on those aspects like other shows would. Rather, we see their strengths, their convictions, and their ability to deal with their flaws in a real way.

Such a good soap opera. I'm proud to say I'm a fan of this show. They laid a lot of their cards on the table for the premier, but I feel like there's more in store for us. This show is very well organized. The writers are so far doing a good job of keeping the storyline flowing smoothly. I watched the premier of this show, but I'm not sure if I'll continue to watch. I really don't think it's good for my blood pressure. The show hasn't been very scary, but the suspense has been a bit too much for me. ﻿
Posted by Brittany No comments:

Brittany
Welcome to The Lemonade House--a place where modern culture (at its best and worst) is disected for your pleasure. Check out the labels below to see more.